System for correction of robot’s position in laser cladding setup 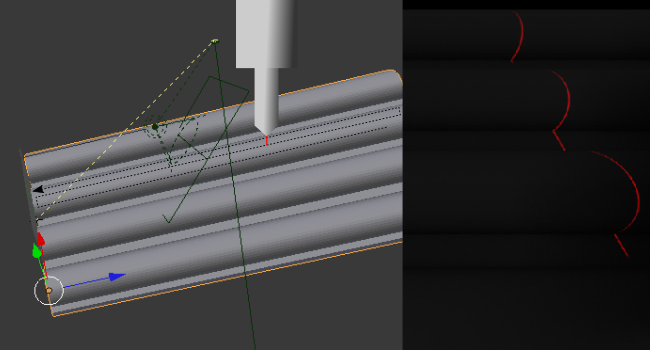 Laser cladding is usually realized on a CNC machine or on a robotic arm. The quality of track depends on the accuracy of head’s positioning. Any change of its distance influences the track’s width. Inaccurate positioning causes irregularities of tracks arrangement and thus the layer thickness. Automated cladding system should therefore be equipped with a tracking system for positioning of the head. A dedicated vision system has been developed to determine the correct position of the head. It uses the laser triangulation principle and is equipped with an algorithm for fitting the workpiece’s model to the acquired 3D data. The positioning system has been integrated with the robot’s control system.

Thanks to the system, the laser head moves along the deformed object (deformation changes constantly with the weight of the added material) instead of theoretical straight lines.

The image shows optical simulation of the system used at early stage of this project.